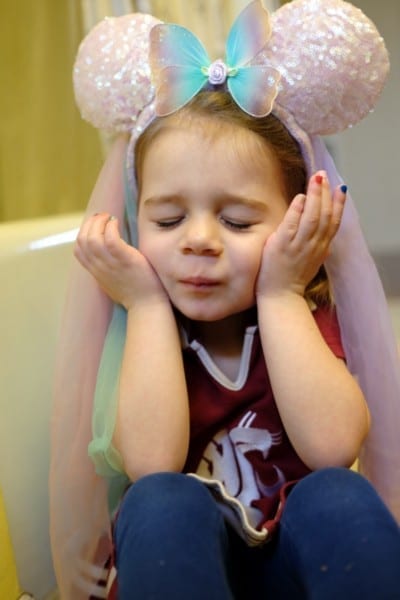 Girls are lucky, they can do anything, wear anything, and look however they want. If they want their hair short, want to wear jeans, play sports, etc., that’s all fine. However, if boys want to wear dresses, play with makeup, or watch MLP (My Little Pony — I learned that from a Brony), then they are made fun of. What’s the exception to the rule?

Having two little girls has opened up my world to a quite a few new experiences. This last Saturday, Anya and I were hanging out at home while Vanessa and Nadia were at the dojo. Here are the activities we did that I never would have done before we had girls.

We watched a My Little Pony episode called “Power Ponies.” Ok, I was actually working on this blog, but I was sitting on the couch next to her and glanced up more than a few times. The episode was actually funny! I laughed out loud more than a few times. Imagine The Avengers as MLP. The villain was so over the top, it was comical. The plot was ridiculous, and it was clearly made to be campy.

I can honestly see why boys would also like this cartoon. It’s too bad that boys are made fun of for watching and liking My Little Pony — remember the boy with the MLP backpack that was in the news?

Both of our girls love My Little Pony, in fact, for Fathers Day 2013, they gave me a My Little Pony t-shirt because they thought it was cool. I felt funny wearing it at first, and got quite a few weird looks, It was about this time that I learned the term Brony. People would stop me and ask if I was one. Nope, just a guy that has two little girls. This last May, I got another MLP t-shirt. It’s got Doctor Who as a Pony — aka Doctor Whooves. I’m not a crazed fan, don’t sit down on my own to watch the tv show, I’m not a Brony, but the shirts are funny and I have been known to watch a little bit of the show if it’s on.

Last point on MLP. A few weeks ago when we were at Trader Joes, I noticed another grown man wearing a Pony shirt. When I mentioned my kids would love it, he mentioned that there is actually a Bronycon in Seattle at the end of May — Ever Free NW. If we’re in town, I’ll bring the girls, and my camera. How could I pass up an opportunity to take photos of that?

I’ve learned how to do a ponytail, pigtails, braids, and the proper placement of various hair knickknacks. It really is heartwarming to see your little darlings all “cutesified” and read for the day.

How do you keep your three year old entertained when it’s cold outside, and you can’t take another game of Candyland? Let her have “rainbow nails!” I let her pick a different color for every nail on her fingers (we replicated them on her toes too). What I find most amazing is that my wife has countless colors of nail polish — it’s amazing what’s under the bathroom sink.

Amazingly, painting her nails and getting her to sit still took about forty minutes. That’s pretty good entertainment value for a three year old, and it made for some cute photos.

Photos were shot with a Fuji X-T1.

Cut the cable! DVRs are a scam! I miss my VCR!