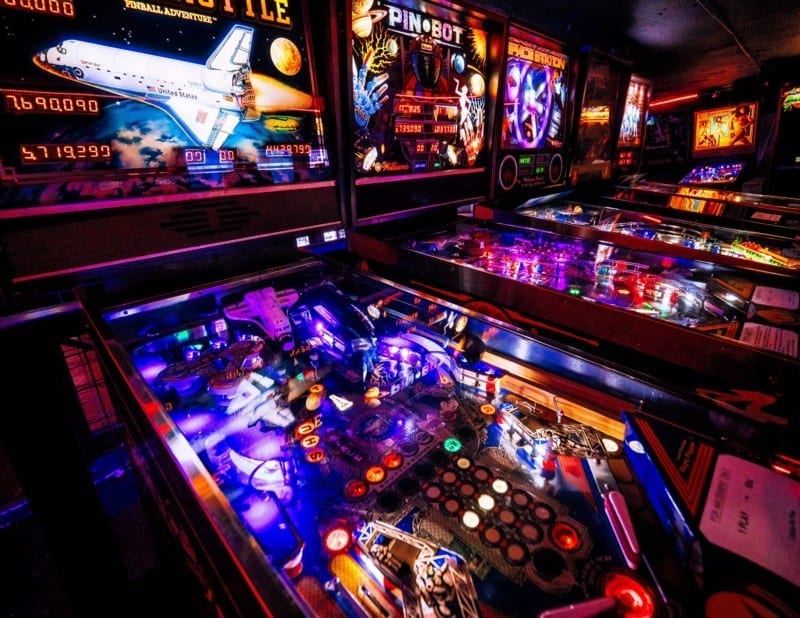 Today was my first outing with the Olympus 7–14mm f/2.8 Pro lens. The family and I headed up to Georgetown — a kitchy / industrial / older neighborhood in South Seattle. It’s a great place for spending the day to shop and eat. Also, a fantastic place to get some really neat photos!

Our first stop was the Georgetown Trailer Park Mall. It’s definitely worth checking out. You just never know what you’re going to find there.

They even had hula hoops! I shot this video of Nadia hula hooping before we left. I was messing with the camera settings, AF mode switch, etc. during the shooting — hence the shaking:

The next stop was a couple of blocks away for lunch. We headed on over to the Hitchcock Deli. Their meat selection is amazing, the restaurant is clean, the staff are friendly, and we ate a vegetarian meal — we’re not vegetarians, it just sounded good. The kids had PB&J, and the wife and I ate an arugula salad with beets and a wonderful curry / tomato soup with black currants, squash, and ??? It was really good!

One of the employees behind the counter was slicing up some meats for a customer and it looked amazing! I asked the customer whose order it was if I could jam my camera in there and take some shots of their order. They gave me permission, and this is what I saw! Such a wonderful presentation!

Right across the street from the Hitchcock Deli is a place called Flip Flip, Ding Ding. It’s a 21 and over bar and arcade. I asked the bartender if I could walk around the establishment and take some photos — she was real cool about it and told me to go right ahead.

While I was in the arcade, Vanessa and the girls were just around the corner at a coffee shop (All City Coffee). Parked right in front, was a beautiful Porsche 911 Carrera 4S. I don’t know the first thing about cars, but this thing looked like it could fly! As I was taking pictures, the owner came out and asked if I wanted to photograph the inside! Of course I would!!! He opened the door for me, and then went back into the coffee shop leaving me alone with his car! I so wanted to climb into that thing, take shots from all angles, get behind the wheel while making “vroom vroom” noises, and take a selfie with me laying on the hood. Instead, I took a few shots and politely closed the door.

Just around the corner from there is Georgetown Records. I spoke with the man behind the counter, I think he was the owner, and he gave me permission to go around the whole store and shoot some photos. It was everything you’d expect a record store to be! I asked about business, he said it’s better than ever and growing. Also, that they’ve been in business for 11 years. Just walking around this place makes me want to rush out and buy a record player.

This last shot was a car that we passed by on the way back to ours. All I can tell you about it, is that it’s a Ford, but it had character.

We were only in Georgetown a couple of hours, but I could have easily spent more time there shopping, eating, and taking photos. It’s really a place for adults, but we had the two girls with us, so we had to get going. Vanessa and I plan on having an afternoon date there one of these days to see more of the place.

You’re probably wondering how the lens and camera performed together?

Originally published at bershatsky.com on December 27, 2015.