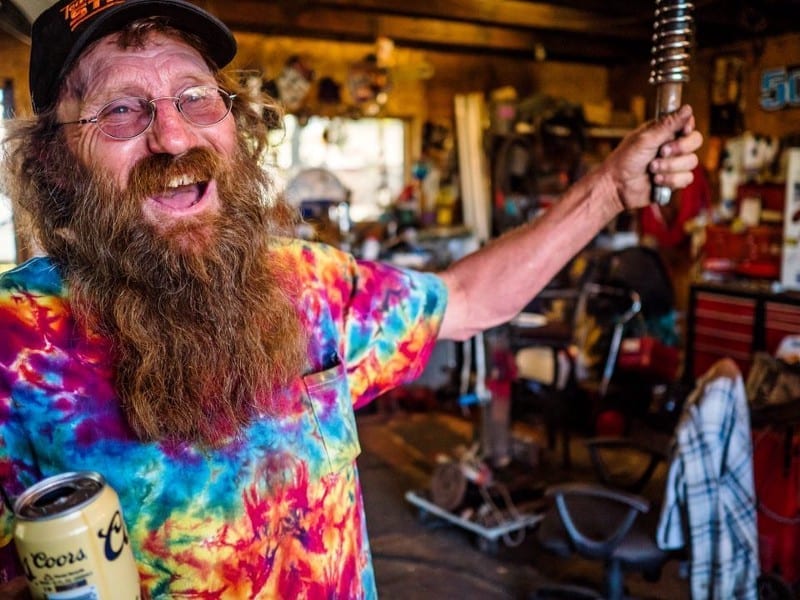 Using an Olympus 17mm f/1.8 on a Panasonic GX8
You’ll probably laugh, but I’ve actually bought and sold the Olympus 17mm f/1.8 a few times in the past. Why? Well, I’ve though about moving away from Micro 4/3 cameras, or that I would have that focal length covered in other lenses, or… Still, I keep coming back to this lens. Why? It’s awesome!

One of the greatest things about the Micro 4/3 system is that you can mix and match brands. This Olympus lens works just as well on the GX8 as it did on the E-M1. Except that the GX8 is just a better camera — just take a look at my other articles on it — HERE.

I’ve read a lot of people online complaining about the sharpness of this lens. I’ve never had a problem with it, in fact most of the images below were shot at f/1.8. The exception being the very sunny lit days or landscape shots.

Last weekend, our family went to western Washington for Bloomsday Weekend. There’s a race in Spokane that my wife and oldest walk, and my little one and I visit my mother. During this same weekend, there’s a Renaissance Fair in Moscow, Idaho. It’s THE place to go to on this weekend. Luckily it was overcast most of the day, so that made for some nice lighting considering it was midday sun.

All of the photos from the Renaissance Fair were edited in Lightroom, Alien Skin Exposure, and then Athentech’s Perfectly Clear.

This one’s a little soft, but you try getting a 4 year old to look up for a picture while in a teepee.

This dog is of the typical tiny and hyper variety. I was able to snap this shot one handed while petting it.

While walking around the fair, we came across the WSU Falconry club’s booth. I love how this little lens lets you get up close. Really, the way to make the most of this lens is to mash it right up to your subject. Also, I find that the bokeh — while not the creamiest out there, is quite nice for isolating your subject.

The lens is really quite perfect for casual and close portraits. The Leica 25mm f/1.4 and 15mm f/1.7 are astounding are great lenses when you either need to be tighter or have more distance, but I find the 17mm to be a great all ‘rounder. I know that using this kind of lens for portraits is frowned upon because it distorts facial features, but it gives the images character. Portraits? Bring them on!

We ran into our friends Rob and Sarah at the fair. Anybody who’s anybody is there!

No Renaissance Fair would be complete without mass produced soaps and a knight in shining armor.

Of course, you have to have pizza and shaved ice as well.

The following day was the annual after-Bloomsday BBQ at my sister in-law’s place. The best part of using this combo is that it’s quick to focus and beats so many other camera brands and styles. It’s great for candids — even if the action is just a few feet away!

We were just sitting around talking, and this happened. SNAP!

This combo is also great for — yup, you guessed it. SELFIES! I know, I know… selfies suck. However, I think I figured something extraordinary out about selfies. What’s that you ask? Well, my sister in-law hates to have her picture taken. She never smiles, gets all annoyed, etc. If you’re a shutter bug like me, you’ve encountered the type. This year, rather than trying to sneak a photo of Stephanie, I stepped into the frame with her. It worked! Here’s Stephanie with a genuine smile!

Next time, if someone doesn’t want you to take their picture, try stepping into the photo with them!

Some other shots from the BBQ…

The following day, we were driving back to the Seattle area. It was an all day trip due to potty breaks, lunch, and a detour to Palouse Falls. It was midday, sunny, with terrible shadows. Bad lighting is bad lighting even with terrific gear. My shots of the falls were just average — really nothing to speak of. I adjusted the raw photos in camera, then over to my iPhone via wifi for editing. I used iPhone’s default photo app. Not bad in a pinch. Also, Here are those pics:

Nadia (in the middle) is just learning how to take photos. She’s using a Nikon D40 with an 18–55mm lens that we got off of Craigslist for $100. Not a bad deal and a great camera for learning the basics of photography.

Selfies aren’t always controllable when your 4 year old is hitting the shutter button.

Really an awful photo, but this is what Palouse Falls looks like.

This was the only photo we got of our family this weekend, not the greatest photo, but the best one we’ve got.

Bottom line — if you are wondering if you should buy the Olympus 17mm f/1.8, the answer is YES!!!

Curious about all the tie-dye?

Every year, when we head over to Moscow, Idaho, there’s a store called Tye Dye Everything. Arlene, the owner, always has a booth at the Renaissance Fair. So, every year our tie-dye wardrobe gets a little bit bigger. She has a website too: http://www.tyedye-everything.com/